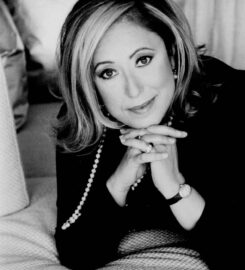 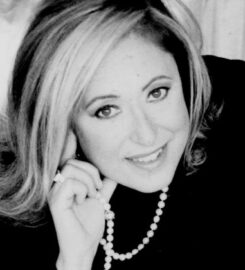 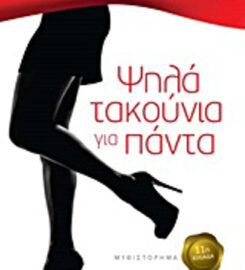 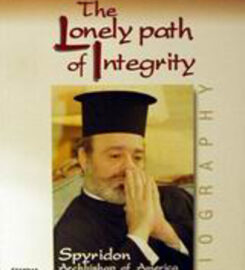 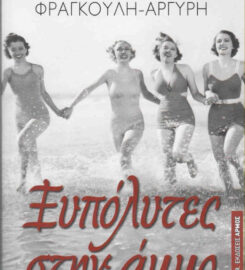 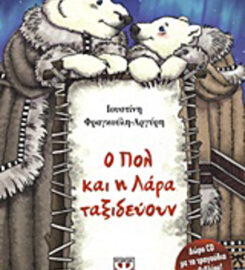 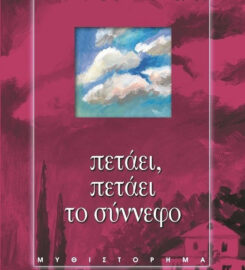 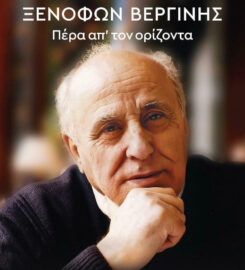 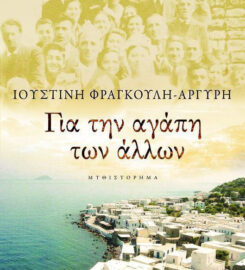 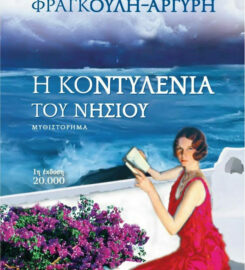 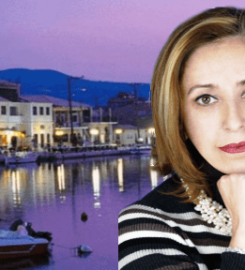 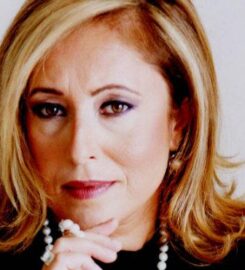 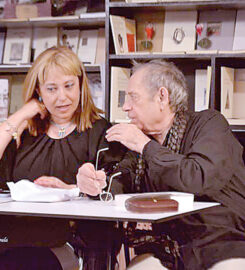 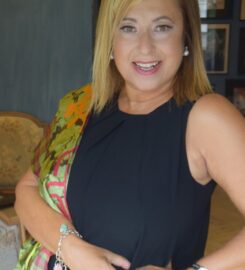 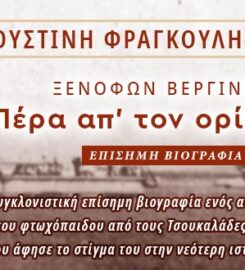 Justine Frangouli-Argyris is a journalist and writer from Lefkada who lives and works in Canada.
A graduate of the University of Athens Law School’s Political Science department, Frangouli-Argyris has been a contributor to daily newspapers, radio, television and magazines in Greece since 1983.
She is a member of the Journalists’ Union of the Athens Daily Newspapers (ESIEA) and has periodically worked for major radio stations such as ERA, SKY, FLASH 9.61, Athens Municipality Radio 9.84 as well as for Greek state television (ET).

In November 2010, she was honored by the Municipality of Montreal, together with the director and producer Avras Georgiou, for her contribution to the dissemination of the letters and arts of the Greek community. In November of the following year, together with the journalist and writer Michalis Ignatiou, he undertook the Book Festival of Greek Authors, organized by the Embassy of Greece in Washington.

In 2018, Justin Frangouli-Argyri was honored with the title GREEK WOMAN OF THE YEAR by the Greek Community of Montreal.

In 2016, along with a group of selected women under the guidance of the of the former Greek Ambassador to Canada’s wife, Vasiliki Tsirou-Markantonatou, she co-founded the Montreal chapter of the Lyceum of Greek Women of Montreal (LGWM), where she served until the end of 2017 as its General Secretary. In December of 2017, she was elected President.

She has written The Lonely Path of Integrity (December 2000), the authorized biography of Spyridon, former Archbishop of the Greek Orthodox Church of America.

Her second book Petaei, Petaei to Synnefo (Clouds Fly, Don’t They?), a novel dedicated to a human story which plays out in 20th century Greece on the island of Lefkada, (Psichogios May 2003

Her third book, Shopping Around the World: Unbeatable Bargains and Bite-Sized Stories, a shopping guide spiced with short stories, (December 2004).

He novel High Heels for Six has been published by the Amazon Kindle.

Her work, Imerologio Avanas (Havana Diaries), is a journal about Havana just prior to Fidel Castro’s resignation (April 2008).

Her acclaimed children’s book, “Paul and Lara Travel,” was transferred to the stage, performed as a musical in 2014 by the theatrical troupe of the Greek Community of Toronto, “Nefeli,” under the direction of Nancy Athanasopoulos-Milonas.

She has written the “Dilogy of Lefkada” The first novel Psila Takounia Gia Panda (High Heels For Six ), is a best-selling novel about women in the post-feminist era,(Armos 2013) and Barefoot on the Sand , the second part is a novel about the girls meeting on their island 30 years after (Armos 2014).

Barefoot on the Sand , the second part is a novel about the girls meeting on their island 30 years after (Armos 2014).

In 2016 she came out with her latest novel “The Tempest” (Oceanos Publications) inspired by a woman who lived between Canada and Greece , experienced a great love and lived through a personal tragedy.

Kontylenia of the Island (Oceanos Publications 2018)

Since her arrival in Montreal(1989), Justine Frangouli-Argyris has given her time to Montreal’s Hellenic community by volunteering for a 20-year period at local multiethnic radio station, CFMB (1992-2012), while also periodically contributing to many of the city’s Greek-language newspapers.
In 1995, at the inaugural conference of the World Council of Hellenes Abroad (SAE), she co-founded the Association of Hellenic Mass Media Abroad, of which she was voted General Secretary until 2002.
After her retirement from the Athens News Agency in 2015, Justine Frangouli became more actively involved in Montreal’s Greek scene.
As Secretary General of the LGWM, she was instrumental in co-ordinating the creation of the “Statue of the Greek Immigrant” with the Hellenic Community of Greater Montreal (HCGM) and the Hellenic Congress of Quebec (HCQ), organizing a highly successful fundraiser that left the project with a surplus of $55,000.
Today, after a memorable unveiling last June 30th by Montreal Mayor Denis Coderre, in the presence of Ambassador Markantonatos and many other elected officials and dignitaries, the sculpture has became the symbol of Montreal’s Hellenism.
Justine Frangouli-Argyris was also dynamic on the political scene of Canada and Quebec in 2015-2017. Expecially, in 2017 along with her team, she played a key role in the election of the new Member of Parliament of Greek origin in Ville St-Laurent, Emmanuella Lambropoulos, and of the new Municipal Councillor of Greek origin in Cartierville, Efi Giannou-Karmiris. Once again, her group also worked diligently for the re-election of long-time Municipal Councillor, Mary Deros.
Over the course of the last year, Justine Frangouli-Argyris regularly volunteered her time and skill to promote the activities of the HCGM at every level, be it social, political or cultural. She helped facilitate communication between the Government of Quebec and the HCGM in some important portfolios and promoted major Greece’s ethnic issues.
Finally, Justine Frangouli-Argyris sponsors an annual scholarship in the memory of her late sister, Konstantina Frangouli, honouring the excellence of Greek students through the Hellenic Scholarship Foundation, of which she is also a board member.
Justine Frangouli-Argyris sits as a member of the Hellenic Congress of Quebec, representing the Lyceum of Greek Women of Montreal in the said organization.

She is skilled in public relations as well as writing and she promotes all the major Hellenic issues in Quebec through her television show, produced by the Lyceum of Greek Women of Montreal.