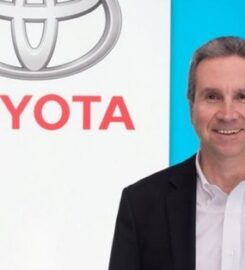 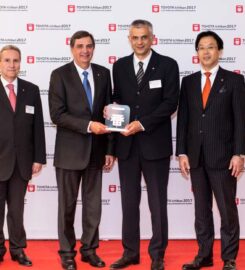 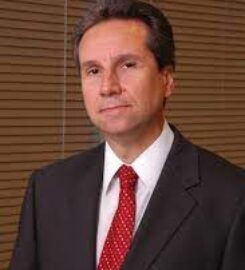 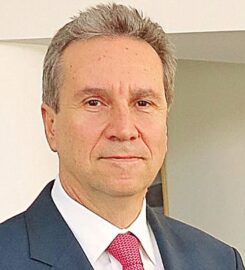 Mr. Aristidis Aravanis, originally from Perigiali, Lefkada, is a Mathematics graduate of the University of Athens, with special experience in the field of financial management. He joined Toyota Hellas as Treasurer in 1991, while in 1994 he took over the General Management of Tefin, the financing company jointly established by Toyota Hellas with EFG Eurobank. During his tenure in the above position, Tefin emerged as the largest financing company in the automotive sector in our country.

In February 2000, Mr. Aravanis returned to Toyota Hellas to take over the position of General Manager and then Deputy Chief Executive Officer and member of the Board of Directors of the company. In August 2005, Mr. Aravanis was promoted to Vice President & CEO of Toyota Hellas SA having the responsibility of the Distribution sector as a whole, including Toyota Hellas and the other Inchcape companies in Greece (Incredit, Eurolease, British Providence and Inchcape Insurance). ). In July 2009, Mr. Aravanis in his new capacity as President & CEO of Toyota Hellas SA and in addition to the duties of his previous position, took full responsibility of the Retail Sales Sector in Greece, while also becoming a member of Group Executive Committee of Inchcape plc in Great Britain. In 2013 he was promoted to Managing Director (MD) of Greece and the Balkans, directing Inchcape’s activities in Bulgaria, Romania and Northern Macedonia. Mr. Aravanis is a member of the General Assembly of SEV (Association of Businesses & Industries) as well as the Board. of IOBE (Foundation for Economic & Industrial Research) and SEAA (Association of Car Dealers Importers). He also served as President of the company for the Alternative Vehicle Management of Greece from its foundation until 2006.